The entire album of BETTER TIMES AHEAD is available on CD:

Or use the order form


The Wild Life Songs is available on CD:

Or use the order form 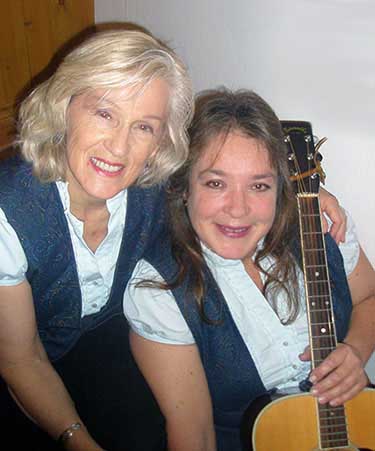 
Faith 'n Glory began singing Gloria's original gospel songs for church back in 1981 and they have continued to the present. Each song of "Better Times Ahead" has lyrics poetically derived from the scriptures with guitar accompaniment and folk-style duet. There are six new songs in this album that I have not previously recorded. They are Feed My Sheep, Cast Your Bread, Harden Not Your Heart, Take His Yoke, Are We Ready, & Can Two Walk Together (the latter was written for my parent's 50th wedding anniversary). My personal favorite is Take His Yoke with words from the Beatitudes of Matthew 5 ("Blessed are they..."), and also Matthew 11:28-30 where Jesus tells us "my yoke is easy, and my burden is light". The songs are intended to inspire and encourage the listener that our Creator has in store for us better times ahead.

We are very excited to present to you our new album entitled "Better Times Ahead" -- with 12 original melodies and lyrics derived from Bible scripture! You are invited to hear the songs by clicking below on a brief excerpt of each title:

(The album recording of "Better Times Ahead" was professionally mastered by Ken Ivers at Stonehenge Studios, Redmond, Oregon.)

(All lyrics and music are by Gloria I. Andresen Moss) 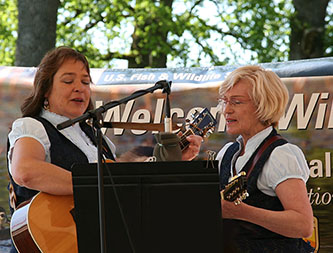 The Wild Life Songs album is a Plant and Animal Friendly Folk Tunes collection designed to bring the listener close to the wild outdoors through humorous animal characters who sing of their exploits interacting with humans; other songs have a history: "On to the Sea" is an original that my husband Berk and I composed while following the Lewis and Clark expedition trail from Missouri to the Pacific Ocean in 1999 and is a true saga in song. "Paradise Mountain Rainier" is an original herbs and flower song that I composed in 1998 for a eco-geology class project at Marylhurst University after spending a week with the instructor and classmates camping at the base of Mount Rainier. Then, a few of the familiar folk tunes have new lyrics to fit the Northwest climate and volunteer activity at the Tualatin River Wildlife Refuge near Sherwood, Oregon, where Faith 'n Glory have entertained several years at their Springtime Bird Festival -- These are: "I've Been working on the Refuge" "Home on the Refuge" and "When it's Springtime on the Refuge". Lastly, six songs have lyrics intact: "The Teddy Bear Picnic" "The Happy Wanderer" "The Crawdad Song" "This Land is your Land" "The Fox Went Out" and "The Birds' Song" --familiar fun folk tunes! Enjoy, Gloria 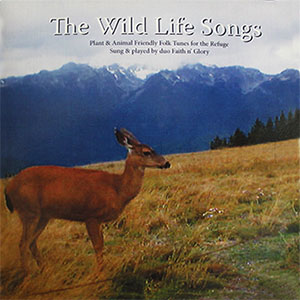